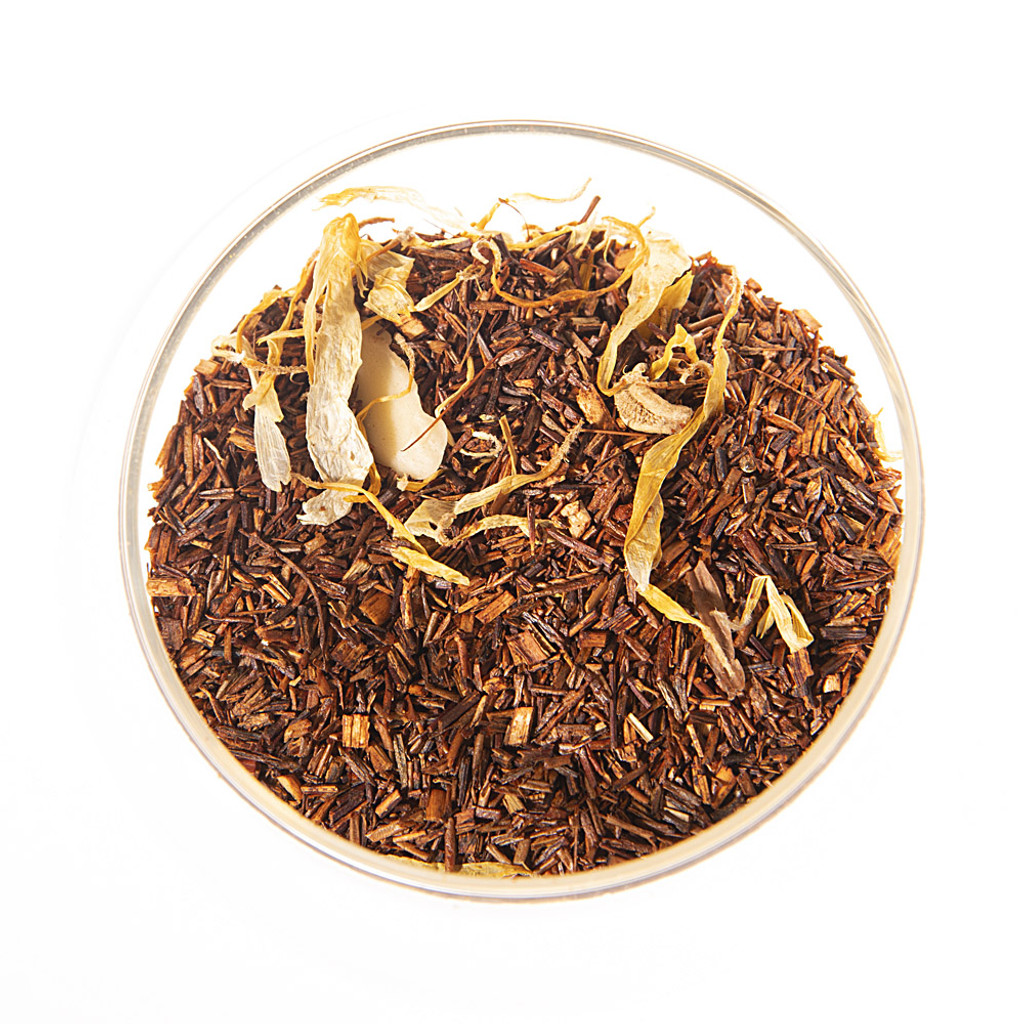 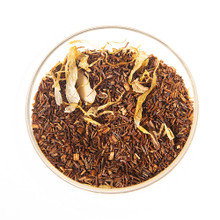 $7.40 - $44.40
( 0 Reviews )
Current stock: 0
CUP CHARACTERISTICS: Fruity with sweet notes. Vanilla flavoring gives the rooibos a wonderful exotic jazzy depth.
INGREDIENTS: Rooibos, Almond pieces, Calendula petals, Natural flavors (Organic Compliant).
INFORMATION:
Is there any other street in the United States that conjures up as many exotic images as does Bourbon Street in the heart of New Orleans' French Quarter? From Voodoo to Jazz and Burlesque to Mardi Gras, Bourbon is the street where anything can, and does, happen. (Don't believe it? Pick up a copy of "A Confederacy of Dunces" by John Kennedy Toole - considered by some to be the most accurate depiction of the French Quarter ever written. And it's hilarious!) Or if you prefer, take a trip to New Orleans and experience the street for yourself.

It was during one such visit that our Master Taster came up with the idea for this blend. While perusing the shops of the French Quarter one evening, he caught a whiff of toasty Vanilla drifting from an alley. The smell was so hypnotizing he felt compelled to follow it and soon discovered that it was coming from a small makeshift voodoo shrine someone had constructed. He decided to capture the enticing character he had experienced and blend it with pure, caffeine free, South African Rooibos to reflect the African roots of the voodoo he had stumbled across. The result is an exceptionally smooth herbal tea with mysterious character and subtle notes of fresh vanilla. Enjoy a cup today. (Or we'll turn you into a goat!)
GROWING ALTITUDES: 1500 - 2500 feet above sea level
GRADE(S): Choice Grade #1
MANUFACTURE TYPE(S): Traditional process, Rolled and fermented
ANTIOXIDANT LEVEL: Medium
CAFFEINE LEVEL: None - Caffeine Free Herb
VEGETARIAN: Yes
VEGAN: Yes
INFUSION: Reddish orange to full color
Additional Info