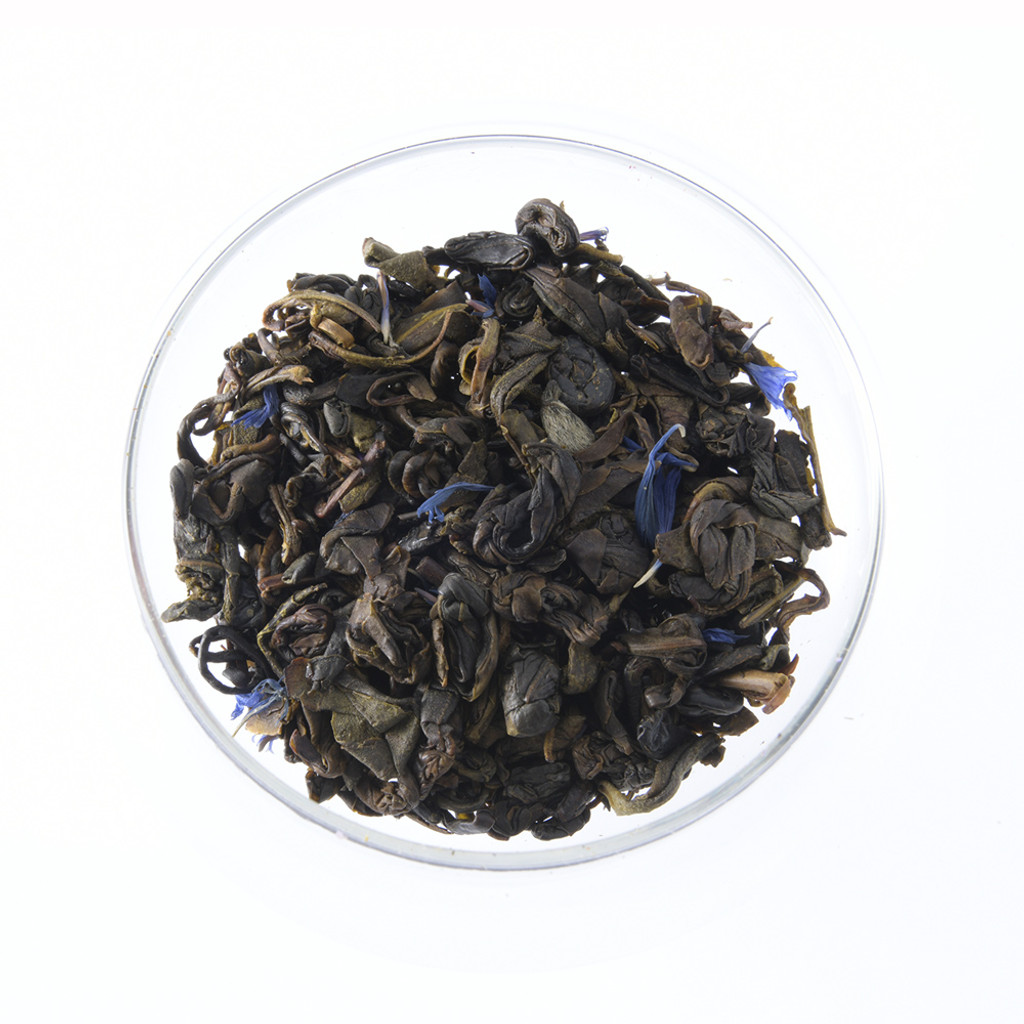 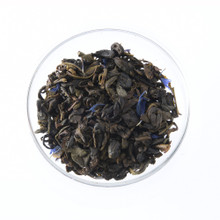 $7.00 - $42.00
( 0 Reviews )
Current stock: 0
CUP CHARACTERISTICS: All-natural bergamot oil with excellent Ceylon green tea produces a lively and sprightly Earl Grey.
INGREDIENTS: Green tea, Cornflower petals, Natural flavors (Organic Compliant).
INFORMATION:
While Earl Grey black tea is the namesake of Charles, the 2nd Earl of Grey, it is a little known fact that Earl Grey green tea is named after Sir Albert Henry George, the 4th Earl of Grey who lived between 1851 and 1917. Sir Albert Henry George, (we'll call him Sir Al for short) served as Canada's Governor General, (the Queen of England's Canadian representative) from 1904 - 1911. It was during his tenure in this position that the tea that bears his name was first brewed.

The incident occurred when Sir Al made a visit to Newfoundland, which was then still part of England. The people of Newfoundland, as everyone knows, are great drinkers of tea, consuming more cups per capita than any other province or state in North America. Upon the arrival of the noble Sir Al, a magnificent tea party was planned on the front lawn of the Newfoundland parliament. The food was ordered a month in advance. The tables were set up days in advance. Everything was going off without a hitch until 2 days before the party when the government's storage shed was struck by lightning. The fire started by the strike burnt their entire stock of Earl Grey tea. Here's where it got interesting. A scrappy young lad named Angus Mcafee recalled that he had seen a few fresh barrels of bergamot down on his grandfather's dock in the harbor just in from the West Indies. He also knew that his other grandfather, who dabbled in the tea trade, had just received a shipment of green gunpowder tea from Ceylon. He put two and two together and spent the next 48 hours blending the tea and the bergamot together in an old barrel.

The result was served at the garden party to great fanfare. Sir Al was delighted with the innovation and recommended that young Angus ship over to England to be knighted by the Queen herself. (No one is sure if Angus ever became Sir Angus - the records have been lost.) And what did Sir Al like so much about the tea? The answer is in the way the sweet bergamot blends with the slightly smoky profile of this green gunpowder tea. Raise a cup today and give a toast to Sir Al and young Angus. Cheers!
GROWING ALTITUDES: 4000 - 5900 feet above sea level
GRADE(S): Pekoe Gunpowder
MANUFACTURE TYPE(S): Non fermented, Orthodox gunpowder
ANTIOXIDANT LEVEL: High
CAFFEINE LEVEL: Low
VEGETARIAN: Yes
VEGAN: Yes
INFUSION: Pale yellow / green
Additional Info